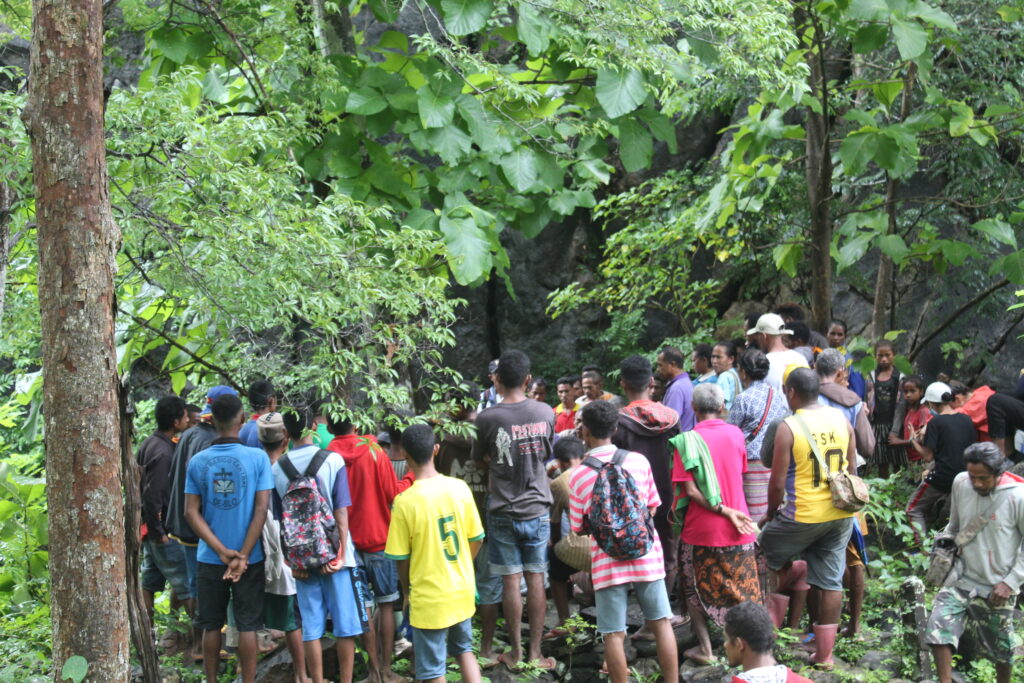 Oé-Cusse, East Timor (March 22nd, 2022), The corn harvesting ceremony is one of the Timorese traditions that existed in the past and continues to be carried out by the younger generation today in Oé-Cusse. Every year, the local people perform this ceremony around February and March to honor their ancestors and nature for what they get in every life. This traditional event is present in every village in the region. Each village will perform its traditional ceremony based on the beliefs handed down by its ancestors. 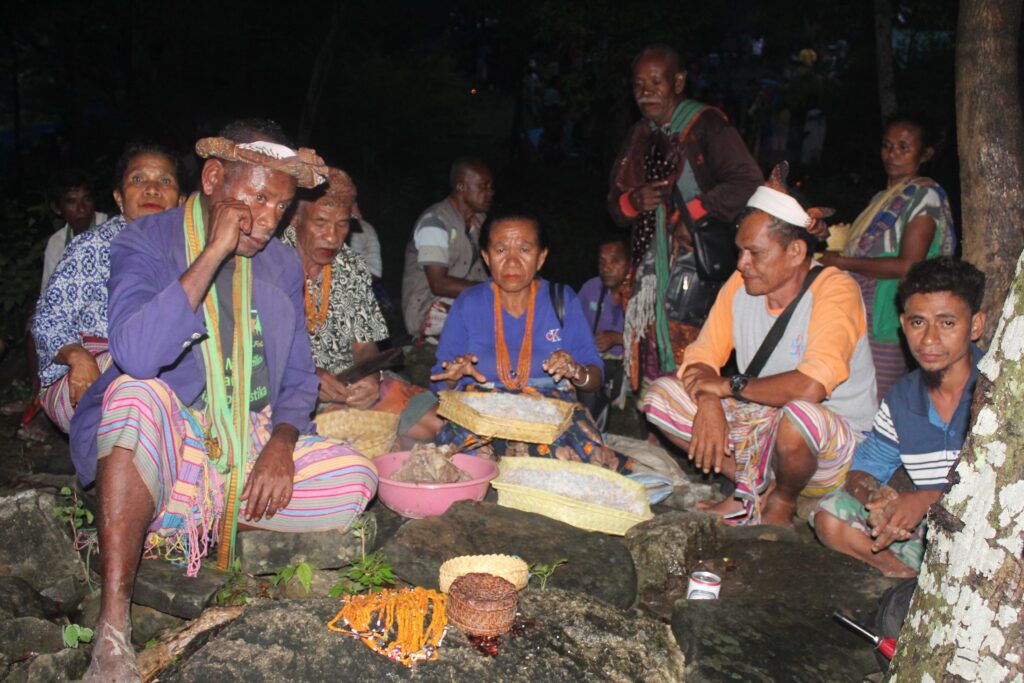 The corn harvesting in Oesilo takes place in one of the sacred places named “Fatu Naek Hoineno” in the local language. The corn harvesting ceremony usually takes place every year and is celebrated by four hamlets: Hoineno, Usapikolen, Oenoah, and Kabun. The communities celebrate the ritual ceremony of “Fua Pah” as a symbol of gratitude to their ancestors and wishing for the best for the new generation. Before performing this ceremony, the communities must prepare an animal that they will slaughter as a symbol of the sacrifice to their ancestors.

The corn harvesting ceremony is held for two days; the first day is a day of gathering between families in the holy house, performing sacrifices at “Fatuk Hoineno’. On the second day, a cultural ceremony is carried out, where each of the family members will gather again in the sacred house to thank the ancestors and ask permission for families to eat new crops, such as corn.
Before participating in the corn harvesting ceremony, everyone is familiar with several Timorese customary rules called “Tara Bandu”, which means not cutting down trees or burning nature, so as not to damage the natural beauty and continue to preserve the local culture. This ceremony will allow the visitors to enjoy the environment and visit several Oesilo attractions, such as the traditional local clothes ‘’Tais’’, and other local products, and explore several sacred houses to get to know more about the culture of the community of Oesilo.