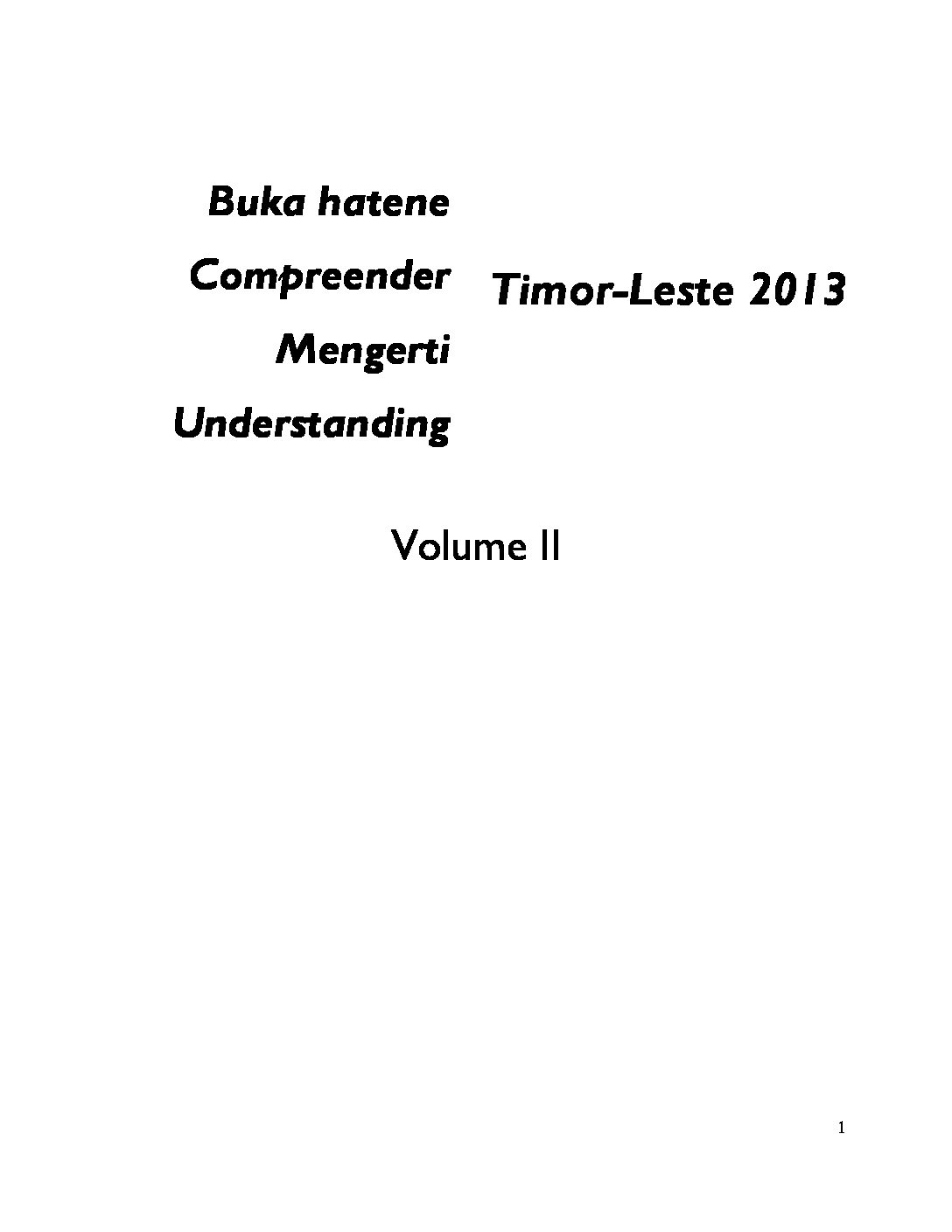 Following the 1975 Indonesian invasion and occupation of Timor-Leste, foreign travellers were barred entry. Little news was then heard from Timor-Leste until the beginning of 1989, when Indonesia re-opened Timor-Leste to foreign visitors, hoping to show the world that there was no local opposition to their rule. What non-Timorese knew of conditions in Timor-Leste during the remainder of the Indonesian occupation came mainly from the observations of political activists and journalists, who had usually travelled to the country specifically for that purpose. 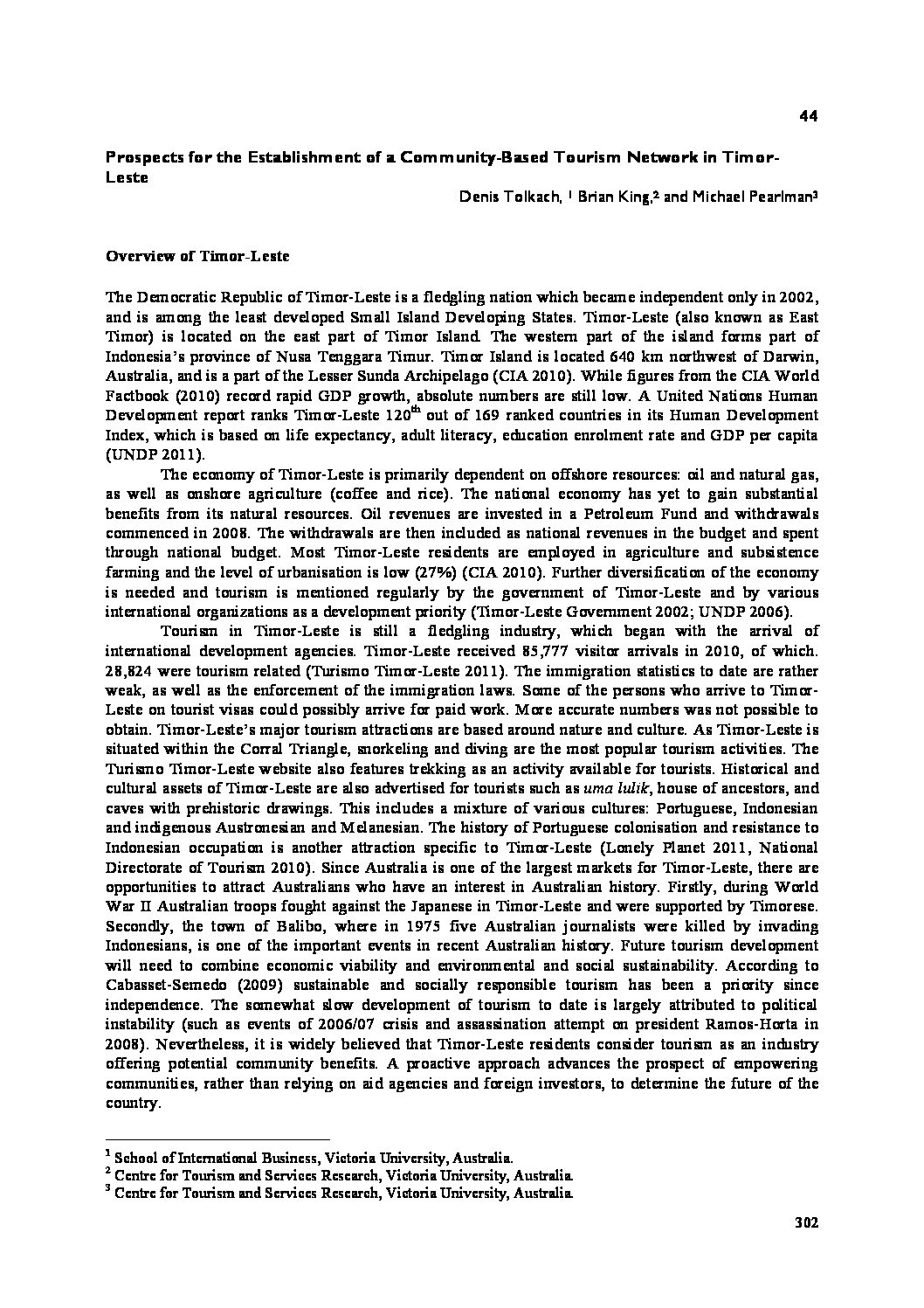 2007, Policy Papers
Prospects for the Establishment of a Community-Based Tourism Network in Timor-Leste
|

The Democratic Republic of Timor-Leste is a fledgling nation which became independent only in 2002, and is among the least developed Small Island Developing States. Timor-Leste (also known as East Timor) is located on the east part of Timor Island. The western part of the island forms part of Indonesia’s province of Nusa Tenggara Timur. Timor Island is located 640 km northwest of Darwin, Australia, and is a part of the Lesser Sunda Archipelago (CIA 2010). While figures from the CIA World Factbook (2010) record rapid GDP growth, absolute numbers are still low. A United Nations Human Development report ranks Timor-Leste 120th out of 169 ranked countries in its Human Development Index, which is based on life expectancy, adult literacy, education enrolment rate and GDP per capita (UNDP 2011).